It’s rare to see a Bollywood movie which is full of all filmy masala and still goes way out of normal league to offer something fresh and praise worthy; Badlapur is one such delicacy.

Before I start talking about this movie, let me remind you that director Sriram Raghavan, has earlier given ‘Ek Hasina Thi‘, ‘Johny Gaddar‘, and ‘Agent Vinod‘. All these films were a treat to watch with their magnificent story telling and fast pace. Same I was expecting from Badlapur, and it did deliver, more than what was expected.

Story starts when Liak (Nawazuddin) and Harman (Vinay Pathak), while fleeing after robbing a bank, kill a mother and her son. Harman manages to evade police while Liak get arrested for robbery and murder. Raghu’s (Varun Dhawan) is shattered to pieces to learn that it was his wife and little boy who died in this freaky turn of events, his life is turned upside down; more so, as only one culprit is arrested. His life’s sole goal is now to search Harman and take his revenge. He started by hiring a private detective and then by taking matters in his own hands, by harassing and torturing Liak’s girlfriend, Jhimli. Liak however, tries every trick he has to get out of prison but fails. He completes his sentence in hope of finally getting out one day and taking his share of loot money from Harman, and living a happy life with Jhimli thereafter.

Now, if this has been any ordinary revenge story, Liak would have breakout from Jail and met Harman, where in the climax scene, Raghu would have killed both completing his revenge. But, no. It’s not at all an ordinary story.

Every scene is unpredictable and unprecedented. At the end you realize that revenge is left far behind and this movie has gone much deeper than mere vengeance. Instead it shows you how we humans change with every situation in our lives. There is no hero after all; and there is no villain.

We all are same. What defines us is our actions, our motives even when backed by a good intentions; no longer matters once you cross that fine line between morally correct and right justice. 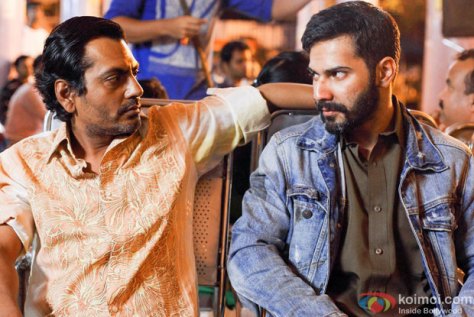 High point of Badlapur are its characters, each well-defined; and the actors who have portrayed them so realistically. Every character be it small like a private detective or big like Liak, is written beautifully. Special mention to Radhika Apte for that one scene of losing her inhibitions. She has done it with such realism that it makes you shudder. Divya and Huma have done their role beautifully.

Varun has come out as a big winner with showcasing his vast range of emotions, going from a love struck, sweet husband and father, to a barbaric and brutal revenge seeking grown man. But, if there is anyone who has empowered himself as the King of acting through this film, it is Nawazuddin.

Nawazuddin is excellent as Liak. He is a liar, a petty thief, a crook, a cunning accomplice, and a killer; but still you like him. You feel for him. He has different shades to his character. He is a son to his mother, a lover to his girlfriend, a loyal friend to his friend, a joker within his circle, and a murderer for Raghu. In every such role, he is perfect. He looks the role he is playing. He is the one, who leaves an impact on you, even after the film is over. If not for anything else, you need to watch this movie for nawazuddin. 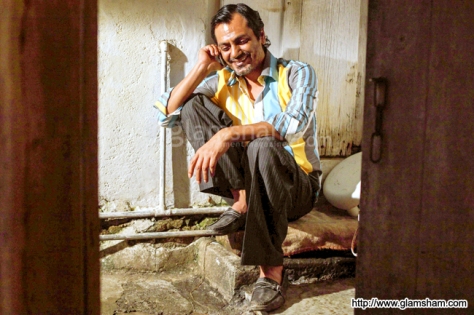 This movie, Badlapur, is extraordinary, because you will not realize when you start rooting for the villain, Liak. When you start hating actions of your Hero, Raghu. A line is crossed somewhere and now there is no difference, or rather, there is a change in paradigm. Roles are reversed.

This is when you want to clap for this new era of Indian Cinema. Cheers!!!