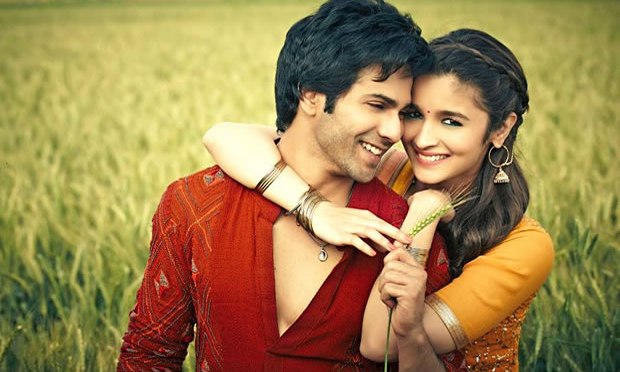 This weekend, I attended a wedding…. and what a wedding it was. 🙂

Cutting short the drama – I watched “Humpty Sharma Ki Dulhania”, movie starring Varun Dhawan, Alia Bhatt, Ashutosh Rana and newbie Siddharth Shukla. Produced by Karan Johar and directed by Shashank Khaitan, this should be titled “A Tribute to DDLJ”. When you watch the movie, from start till the very end, this movie has every scene reminding you of the Bollywood classic – “Dilwale Dulhania Le Jayenge”.

Story revolves around Kavya aka Alia Bhatt, who is getting married to Siddharth Shukla, a NRI doctor, who is chosen by her father as the perfect groom(btw, he is Perfect…. Just too good to be true). She is all happy and content about the marriage, except that she wants to wear a designer Lehnga, just like Kareena’s, in her marriage. Chirpy girl from Ambala, heads out to Delhi, to buy the Lehnga of her dream. Poor girl didn’t knew that she may or may not get the lehnga of her dreams, but she will fall in Love for sure.

Kavya meets Humpty; Alia meets Varun; and sparks fly. They do some naach gaana, and then the bride to be, returns back to her reality, her home. But, love knows no boundaries. So, our Humpty Sharma aka Varun too runs to Ambala along with his two best friends; to woo not only Kavya but also her parents, specially her Father, Ashutosh Rana.

I am not going to spoil the suspense more for you, but if you know Bollywood movies, and have watched DDLJ, then you know there is n suspense here. 😛

I really liked the movie. Even though it has the same tried and tested, boy meets girl, they fall in love, someone in family opposes, they try to convince…. kind of repeated theme, but the treatment given to this story is very refreshing and modern.

It is a tribute to DDLJ, but if you put this movie in today’s context, then “Humpty Sharma Ki Dulhania”, is a better version of DDLJ, atleast more practical.

What works for the movie?

Chemistry…….. Alia and Varun being the super catalyst of this Awesome Chemistry. They look so perfect, fresh and electrifying together, that you can not take your eyes off them. Both of them are just a few movies old, but still they don’t look novice when it comes to their acting capabilities.

Alia specially in that Gurudwara scene has enacted the whole scene with such emotions even though when she is not speaking a single word; and Varun in the scene at Railway Station, where he confronts Ashutosh Rana; Marvelous. Both of them have a very good screen presence and they complement each other.

I am seeing Ashutosh Rana after such along time in a good movie, with a well defined role, and he has used this opportunity to the best of his caliber. His role is such, that every girl would want him to be her father, and every boyfriend would have nightmares of having him as his father in law.

Varun’s friends Shonty and Poplu are fun to watch. Every scene they are in, they have made me laugh. Witty dialogues delivered by them effortlessly, just like a pro. There is one eye candy too…. no, I am not talking about Alia. It’s Siddharth Shukla, television actor, debuting first time on big screen. More of his six pack debut, as he do not have much dialogues. Not that I am complaining. I am pretty content with just a towel scene. 😛

overall it’s a fun movie which you should watch if you want to relive that love and romance long gone, since the time of DDLJ.