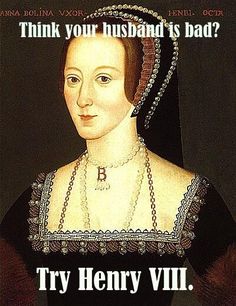 A Rose without a thorn – that was me, Catherine Howard, the fifth and the most doomed wife of King Henry VIII.

I was born to Lord Edmund Howard and his wife Joyce Culpeper. Big family name but not wealthy enough to nourish the needs of 21 children. Yeah… I know, 21 is too much. Guess my folks haven’t heard of birth control back then. 😛

My father was from a royal lineage, but he was poor and thus he send me to my step grandmother’s place, where I stayed for most of my youth. My granny had so many girls, just like me, from a wealthy lineage but poorer families, in her household. We had a very relaxed upbringing there. What good is your grandmother, if she is strict with you? Mine was not. I loved her for her laxness. 😉

I was a young girl, flying like a bird in open skies, enjoying my youth, in every possible way… If you understood, I had my share of affairs. First was a music teacher. That pervert who wanted to take advantage of me, when I was just all of thirteen. 😡 I did find one handsome suitor too. He said he loved me. He wanted to marry me. He loved me like I was his wife. ❤

Those were some beautiful days. It was like I was living a dream, with my secret lover. My dream could have lasted longer, infact could be turned into a reality too, only if my grandmother hasn’t protested and send Francis (my lover) away from me. 😥 My dreams all shattered.

Not for long. I was not the one to cry over past. I was sent to King Henry’s court as a house maiden to Queen Anne of Cleves. Oh She was so plain!!! What Henry saw in her? I wondered. 😮

Okay, back to work. All this time what I have learnt, it was time to bring all of that into action, and this time I aimed higher. Higher as in, to the top. My eyes were lusting for the crown, the most coveted one. I started the game of flirting and seducing… Who will save Henry now?? 😀

Poor Henry!! He soon succumbed. Anne Out, Catherine In. Yippee!!!!

I was the Queen. Fifth Queen of King Henry VIII. Oldie showered me with so many gifts and valuable items. Only if my dead father could see that the girl whom he has left in others household to survive poverty, is now the richest woman in all of the England. I was The Queen. 😎

Problem with my plan. Did I tell you that Henry was approaching 50 and I was just 17? I was not even half of his age. Well, it was all good, with all those expensive clothes, so many gowns, and crowns to wear, maids to do all of your work, and beautiful gardens to roam around. It was all good. But, for how long? How long, can I enjoy these materialistic things, I needed love too. Not that Henry didn’t loved me. He did. It’s just that… not that love which I wanted. 👿

A 50 year old King, was no match for my 17 year old youth. He did not deliver as per my expectation. Also, he was ailing. Remember his smelly and pus filled leg. Anne must have told you about this. 😐

I have to had an affair. 👿 I am not justifying anything. It was just, I was a kid, you see. I was stupid, naive and young. I was just a silly girl. A silly girl, who was also a Queen. 😦 Who in this world has control over their heart? I fall in love. Thomas Culpeper, young groom of Henry. He was just my age, so young, so handsome.

I was again on cloud nine, in my dreamworld. 🙂 This time, I didn’t even had my grandmother, to stop me.

Alas, I wish, it would be my grandmother to stop me this time, and not that ruthless King and his courtiers. They charged me with treason and adultery. They executed my Love, Culpeper. Francis too was executed and quartered. 😥

I still couldn’t believed it, how a King whom I have given so much love can forget everything, and punish me for my foolishness. How can he not pardon the mischief of a 17 year old girl? I was just a kid? I was his rose without thorn. Only I forgot, that a Rose without thorn is always get plucked first. I still hoped that he will forgive me. He was the King afterall, he could do anything, right?

He did. He changed the law, so that I can be executed. Henry, the King, with no heart. 😦

But…. wait for it. I was the girl with so many dreams and hopes. I just couldn’t leave my dreamworld. I can still be seen in those gallery’s of Hampton Court, where once I ran after Henry to plead for my life. I still scream in that haunted gallery, and if you are lucky, you may encounter me. Just remember to cover your ears, because I scream a lot. 😆