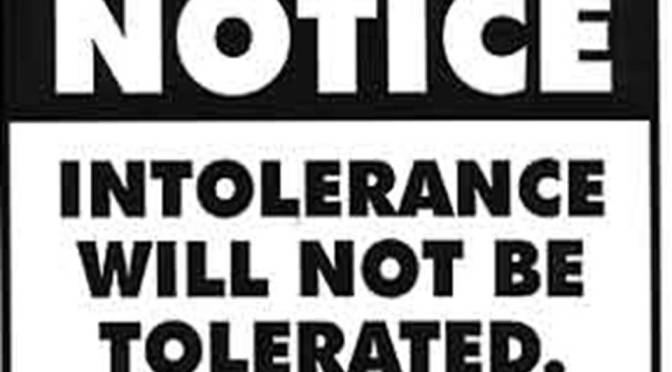 No, I will not return my award. Never, and there are basically two reasons for not doing so.

First and foremost, I have not received any award from my government, so, sadly, there is no point of returning it. Well, I could have if there was any award for being the laziest person around. Or, if government start giving awards for writing a blog that no one reads.

Anyway, I can always imagine to receive a prestigious award from my government. So, let’s imagine that I have a ‘Sahitya Academy‘ award. Wow. How proud I am feeling right now? Even my imagination rocks!!

So, the second reason for me to not return my imaginary ‘Sahitya Academy’ award will be – why will I return an appreciation of my work, when on a practical sense it won’t serve any purpose?

Those who are doing so, I mean returning awards, are doing in the name of intolerance.

I have to literally reread the meaning of this term to understand if it’s meaning has changed somehow, without me knowing about it.

Intolerance – “unwillingness to accept views, beliefs, or behavior that differ from one’s own.”

No, it’s still the same.

Basically, if you read the meaning of intolerance again, you will realize it is actually those intellectuals (who are returning awards), who are showing intolerance. They are unable to accept views and beliefs of others; they do not want to respect that some of the Hindus may have their own beliefs (religious and sentimental), and they also have a say in this democracy.

Oops, I said the word Hindu.

This whole intolerance started with one incident in dadri,U.P, where an agitated mob killed a man over the rumors of eating beef. Killing a person, be it for whatever reason, can not be justified. It is the role of judiciary system to punish someone for their crime. I personally think that every rapist should be hanged or beheaded publicly, on the spot. But, to think rationally, I could never-ever support this thought in action. It is a heinous crime to kill someone, be whatever reason.

Coming back to our intolerance intellectuals who got so baffled by this incident that they thought of returning awards, Sir/Madam I have few questions for you.

If intellectuals of our nation think that they can not do anything constructive to save their society from falling into old age; than it is a really shameful thing. Not only for the nation, but also for you intellectuals, who are just a wastage of brain.

There is a saying that if you want to destroy a nation, first destroy its culture. First thing that this sort of barbaric rulers did was that they burnt down all the books. This is how powerful books are, and to think that a writer or a movie maker who are creating a piece of history everyday with their work, is helpless; this is pathetic.

One tribe who can change the face of a nation is focusing solely to demean everything that India stands for. No, it’s not any Hindu organization, it is you, my dear Artistic tribe.

Coming to what you could have done which would have been more graceful and appropriate seeing your capabilities.