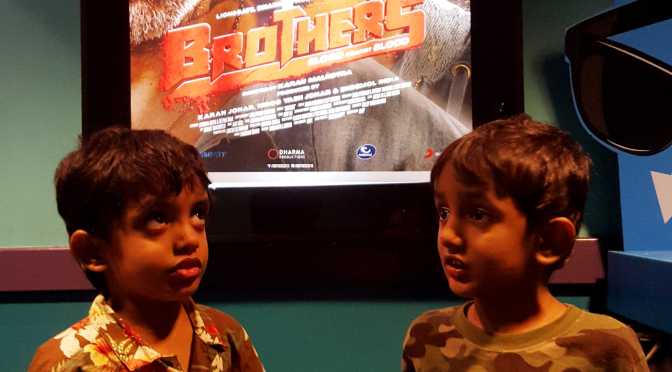 This movie has only two best features –

Rest is so passable that you will have a hard time remembering it. By the way this movie is also an adaptation. It is inspired/adapted from Hollywood movie ‘Warrior’.

One more stunning item that I would like to mention – Kareena Kapoor. She looks terrific. Her expressions are unmatched. Only problem, song is so pathetic, that the moment it’s finished you will forget it.

So, instead of writing more bad things about it, I am sharing pic of two brothers (my twin sons). 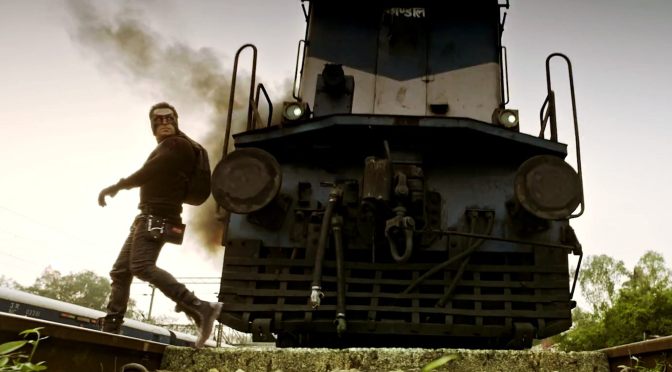 A Salman Khan’s movie should never ever be reviewed or criticized. Salman khan is above all criticism and opinions. He do what he likes, whether it fits in a scale of normality or not. So, you can either get a Kick out of this movie or would just plainly Kick it away, but you can never ignore a Salman Khan’s Movie.

In Kick, Salman has proved once again, that there is no logic in his movies, if there is anything that you can expect from his movies, then, that is – Salman, Salman, and only Salman Khan.

Kick, is a remake of a hit Telugu movie by the same name. I was too much surprised to learn this fact, as, if you see there are almost four writers who are credited for the screenplay of Kick. Surprising is that, first thing that it is a remake, so you already have a story in your hand, second, if you see the movie, then there is no story. 🙄

What were those four writers doing by the way?

I could have written about the story of movie, but as you have seen in my earlier comment, that Kick, do not have any well defined story, so I can not even write spoilers alert for this post. 😛

when you are watching this movie, at some point you will realize that it is actually a documentary. Yes, a documentary, just made on a big budget and grandeur scale.

First point, Girls —– Just like Salman’s real life, here too you will find girls swooning over him, no matter he is playing hero, or Devil. They love him, adore him; be his mother, his girlfriend, friend’s girlfriend, or some random aunty ji. He will break their hearts, left them in middle, break up without even giving a reason, and still girls will wait for him. Girls are so madly in love, that even when they are talking to their to be husbands, they are talking about Salman, and their doomed love story. Sigh!!!!

All the Enemies Love Him —- Nobody hates him in this movie, not even super cop, Randeep Hooda, who is after Salman to catch him. A super cop, calling a thief, Partner. Yes, you will see this, only in Salman’s movie. Our super villain of this movie, Nawazuddin, also likes him. Want to witness the power of love and harmony, watch this movie. To top it all, even Salman’s father in law, don’t hate him. Infact, he dreads him. 🙂

Salman is a Robinhood – Salman was always our desi robinhood, who will snatch from the riches and help the poor. In this movie, he has just played himself. He was shown stealing from the very riches, and helping the poor, sick orphan kids, by giving money for their treatment. He is an Angel…. oops!!! he calls himself Devil. 😕 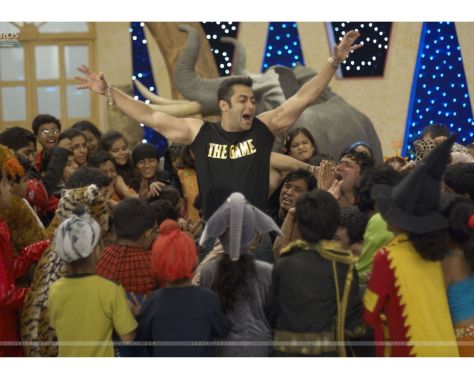 Salman Loves Kids —- Salman may or may not marry in his real life, but one this is for sure, that he do not need kids of his own to show his fatherly feelings. He is a favorite amongst kids, and this movie proves it to the hilt. He is helping sick kids, in providing them money for their surgeries. How can you not love someone, who is helping, orphan sick kids. 😛

Salman and his Dancing Parties —- I remember seeing an old video of Salman Khan’s party, where he was dancing with a liquor bottle. In this movie, you will find him, same way dancing along with his friends, enjoying every beat of music. He even says, we celebrate in defeat too. Classy!!! That is totally Salman’s philosophy.

Other things which are just like his real self are his comedy scenes, his sarcasm, his larger than life action image, and his super-heroism. 🙂

Go for ‘Kick’. If not for the movie, then just to find out, what everyone (his fans), think of Salman Khan. 😀