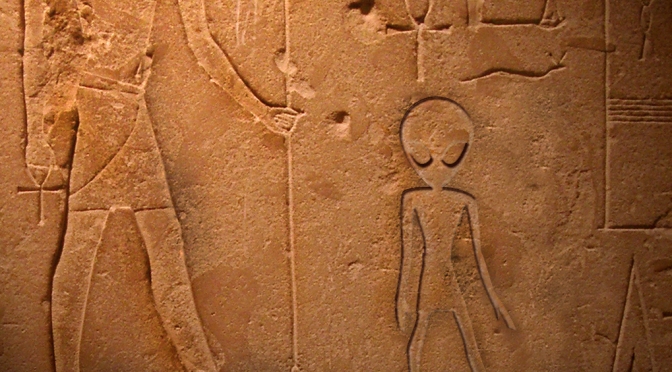 Has it ever happened to you that when you start watching a TV series on Netflix, you begin to see its theme relate to your daily life; more you watch more you relate.

Like when you a crime investigative series you start to notice every crime happening in the world. You watch Dexter, and suddenly every bespectacled person seems like a potential Dexter. (not everyone, just trying to come up with a better example)

I remember the time I was watching ‘House‘, I somehow convinced myself that, more rude a doctor is to his patient; more genius he is in his field. 😛

Or, when I watched ‘Medium‘, I started feeling presence of every dead relative of mine. 😦

Now, don’t even ask me, what happened when I watched all three seasons of ‘American Horror Story‘.

Now, that the context is set, let me come back to the right topic, I want to discuss today – Aliens.

I watched ‘Ancient Aliens‘, and it did raised so many questions in my mind.

First of all, how we discourage someone from seeing something as extraordinary as a UFO.

So many people report seeing UFOs, but we label each one of them, as crazy or under the influence of drugs. We call their experiences hallucinations. It could be that all those people hallucinated about UFOs, but who has given us the right to call them attention seekers or liars.

What if they are telling the truth?

Now, when even our scientists believe that taken the vastness of this universe, galaxies and innumerable Stars; it is quite possible that we are not alone. Why do we still think, that we are only intelligent race existing in the universe. 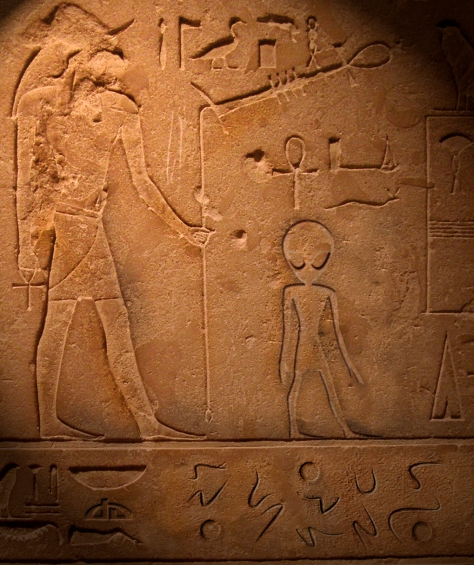 Why are we not asking questions?

Why are we so worried that we will be labeled as silly or crazy?

Why block our mind to a possibility that can exist?

Why stop asking, what if we are not alone?

It’s a lot to digest and a lot to believe, but if we can believe in miracles and our more than miraculous mythological characters, then why not Aliens?

It’s an irony, that we can believe in a religious God, but we do not trust technologically advanced Aliens.

I do not believe everything that this documentary stated but I do believed in one thing that after watching this series, it was easier for me to believe in God and miracles; as I can now see the science behind them.

Watch this space, as there is more to come from this crazy mind…..