“The Devil is Inside”, If you want to explain ‘Horns‘, in one statement, it will be this. But it has to be more complicated than this, and it is.

‘Horns’ is a supernatural thriller film based on novel of the same name, by Joe Hill. This film is directed by Alexandre Aja, and stars ‘Daniel Radcliffe‘ in the main lead.

Most disturbing part of this movie is to see our beloved pure soul Harry Potter play the satanic role in Horns. You know something is wrong when you see Harry without his nerdy glasses but instead with two devilish horns on his head.

Daniel is portraying the role of ‘Ig Perrish‘, the troubled soul who is accused of murdering his sweet girlfriend ‘Merrin’, played by Juno Temple. Other supporting cast includes Max Minghella as Lee, Ig’s lawyer friend, and only believer of Ig’s innocence; Joe Anderson plays Terry, Ig’s brother, who is addicted to drugs and music; Kelli Garner who plays Glenna, a childhood friend who secretly loves Ig but has made some terrible choices in life. 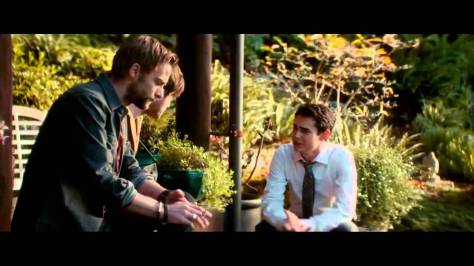 Ig is shunned by the society when everyone suspects that he has murdered his girlfriend. Even his parents are not sure of his innocence. One person who believes in him, is his best friend from childhood, his lawyer, Lee. Unable to clear his name from his girlfriend’s murder and frustrated of not knowing what exactly happened to her; Ig drinks heavily one night and landed on Glenna bed. Next morning he realize two strange scars on his head, which soon turn into two solid horns. Scared to death he rushed to doctor’s office and soon realizing that these horns are not some medical abnormality but instead there is something supernatural satanic essence to them.

Everyone around Ig’s horns starts behaving in a weird way, revealing a much darker side of themselves. Like a woman sitting in doctor’s office resents her screaming kid and wants to go away leaving her behind; while the kid actually wants to kill her parents; doctor wants to have sex with nurse right in front of Ig; media persons wants to kill their competition just to grab a exclusive bite. everyone is dark; everyone has an evil inside. 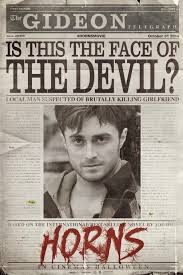 This is the theme of movie, which shows just how much darker we are from the inside. We want to do so many bad things so badly and the only thing that is controlling this rage inside is social norms. But, will you do it, if no one is watching you? Will you act on your darkest desires if there is no one stopping you, not even your consciousness? Will you be willing to kill someone if Satan asks you to?This is what Ig does. He notices that he can influence people in acting out their devilish desires and he use this paranormal strength of his horns, to find out Merrin’s killer. 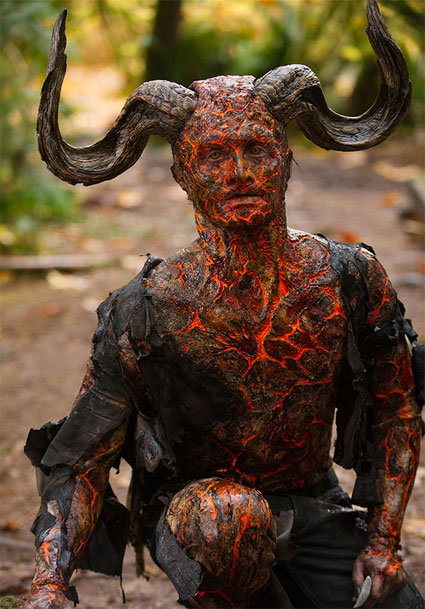 This film could have offered so much, being a unique storyline and to have so many facets associated to it; but second half of this movie is turned into completely supernatural and absurd logic, that you kind of wonder what genre of film you are watching. It goes int so many modulations to bring that climax that a basic plot is lost. Only if it could be treated simpler, it could have been a masterpiece. 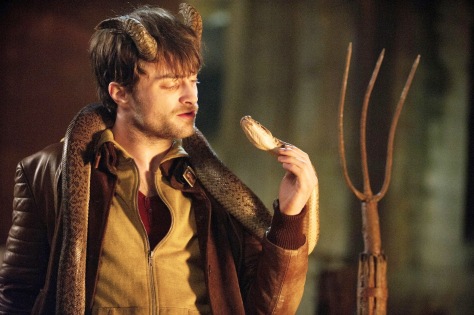 It is clumsy in the end with poor and stretchable editing. It is weird, unique and interesting but not streamlined. It has so many angles that in the end it looses the plot and you feel kind of cheated from a good sensible end. Worth a watch, just for the sake of watching Daniel performing something so out of his character, so beautifully.

I have read so many mysteries and thrillers, but most mysterious and thrilling stories are from our Religious notions. There is so much that we don’t know, still there is so much that we believe in. Believing in something which we don’t know fully, still we have full faith in our beliefs. I am writing this post cause my curious mind took me to a journey of some of the widely practiced religions and stories behind them.

I am ashamed to say that I knew so little about them, even right now, I am so unsure of my limited knowledge(rather say ignorance), but I am eager to learn.

For instance, I didn’t knew that three of the most popular religions, Christianity, Judaism and Islam, originated from one. But, I did knew that, Hinduism is considered as the oldest Religion and it has given birth to several most widely practiced other religions too, like Buddhism, Jainism and Sikhism. Most astounding fact being, that all these religions emerging from Hinduism are in accord and harmony (as far as I know).

The case is not same with Christinaism, Judaism, and Islam. They started from the same Abrahamic belief, and then along the way they distinguished themselves and took separate paths. A path which now seem, so extreme from each other that one can never imagine that their roots were in the very same area of Jerusalem.

A holy place captured and attacked so many times in history, and now surrounded by walls reaching the sky. A holy place which is the center point for the most controversial religious debates between three major Religions of the world. I wonder if God still resides there, enclosed in those walls.

This actually reminds me of my visit to disputed Ram temple site of Ayodhya, India. A place of worship and faith, surrounded by army and police, guarded in such a way, to make you feel like, distant from your own God. I read about and also watched some documentary on Jerusalem, and the only thought that came to my mind was, why can’t they all live in peace accepting each others Religion. What’s wrong if person of two religion wants to pray in a single place?

It strikes me, how I felt about the Ram Temple and Babri Masjid disorder. How would I feel, if I am praying their and at the same time my Muslim friend is offering his prayers too? Will it create more discord, or, it just won’t matter, as long as we both have a right to express our religious beliefs freely?

It’s too complicated, or maybe not. I am trying to understand, what need not require understanding. Religion is not meant to be interpreted. It’s for believing. It’s for practicing my beliefs, without hurting others. It should be about love and closeness with the Lord, and not about building walls. I believe in that.